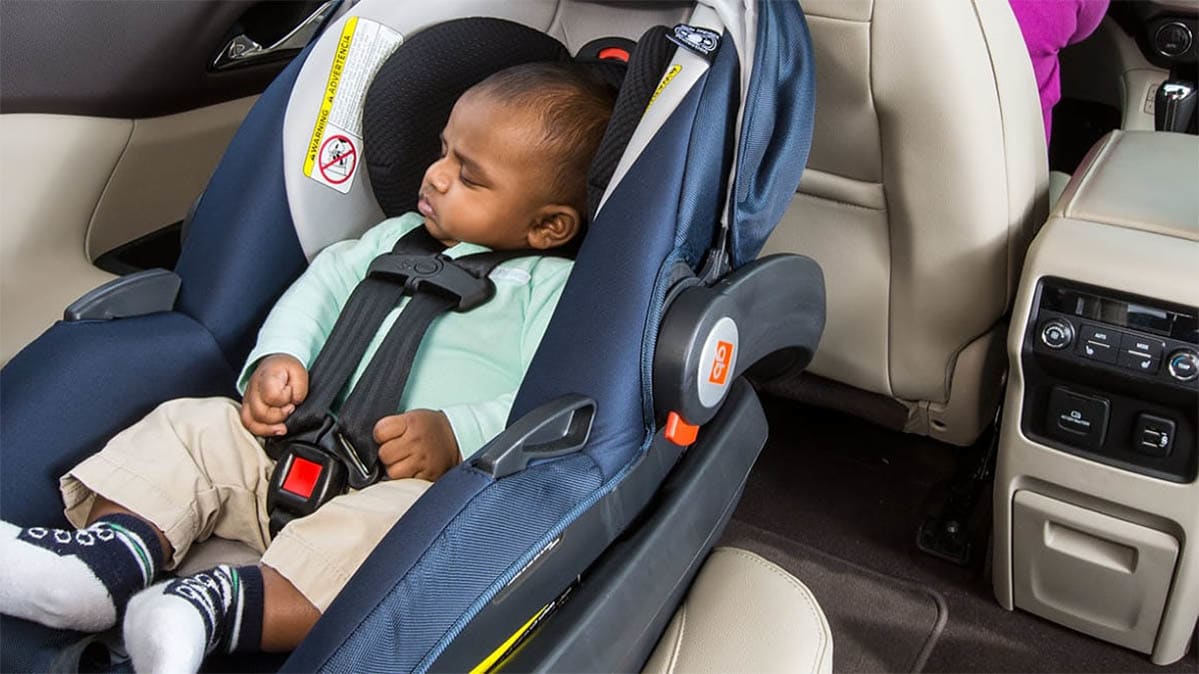 Leave the car seat in the car!Newborn and infant safety in devices

In the last 20 years, much has been learned about keeping newborns and infants under 4 months safe. The “back to sleep” campaign is responsible for a considerable reduction in SIDS and related deaths, for example. However, there is a great deal of research into infant physiology that still has not filtered into either popular knowledge or product design.

In 1995, a study was done on infants’ oxygenation levels in their car seats. Normal oxygenation levels – that is, the amount of oxygen circulating in the blood stream attached to red blood cells – range between 97-99% in a healthy term infant in optimal positioning. Any oxygenation level below about 90% is considered “hypoxia” – the baby is not receiving enough oxygen, and brain damage can result if that level is sustained. Shockingly, healthy, full-term newborns placed in correctly positioned car seats had oxygen levels that went as low as 83.7%. In the hospital, such levels would bring teams of nurses scrambling to the infant’s rescue. While not all infants’ oxygenation levels reached such depths, there was a consistent finding that the longer the baby spent in the car seat, the lower their oxygen levels would go, until the baby was removed from the seat.

The study was repeated in 2005, with the same results. The conclusion in both studies was that babies should spend the least amount of time possible in a car seat, and they recommended that car trips with new babies be kept to an hour or less, and that infant car seats be used only in the car, and not beyond that.  And yet, these studies and others like them have gone almost completely unnoticed in the United States and Canada, and it’s not uncommon to see infants in car seats for hours on end, being moved from the car to a travel system to home without ever being removed from the seat. How much damage is being done to these infants while they seem to sleep so peacefully?

Hypoxia is known to cause damage to the developing brain. Infants who experience hypoxia will show more signs of ADHD, decreased IQ, delayed motor development, and impaired attention. If these conditions sound familiar, perhaps we are beginning to understand why, as more and more children spend their infancies in some form of baby seat, reclined and in a hypoxic state.

In addition to the hypoxia seen in healthy, full-term newborns, there is also a risk due to positional asphyxia. This unfortunately is not an uncommon cause of death in infant car seats. A newborn baby’s head is very heavy, and its neck is quite fragile in comparison. Newborns, especially but not exclusively those born prematurely or with respiratory issues, are prone to having their heads tip forward onto their chests, drastically narrowing the airway (which is about the width of a drinking straw) and blocking proper flow of air. This can cause hypoxia and even death, and is a risk in any baby containment device that places the infant in a seated position, including (but not limited to) car seats, baby swings, bouncy seats, and yes, even cloth slings, if the parent doesn’t follow positioning guidelines.

So, what do we do about this?

In a carrier, an upright, chest-to-chest position is best with newborns and infants under 4 months. In this position, the baby is aware of the caregiver's breathing patterns and vice-versa. (Human infants are programmed to take breathing cues from their parents, and often an abnormal breathing pattern is noticed subconsciously by the parent, who then rubs the baby's back, bounces, or sways, all of which will help reorganize the baby's breathing.) The caregiver is able to keep the infant's head in an optimal position, usually turned to one side, and this position is one that adults often adopt when holding a newborn without a carrier -- always a good sign that the position is a physiologically healthy one.

When a carrier is used to recline an infant in what we consider a cradle hold, it is vitally important that the baby's head still be in easy view of the parent, and close enough to kiss. The baby's neck should be straight down to his pelvis, and while it is okay for the spine and legs to curve gently (because infants are naturally curled up), it should never be at a more extreme angle than one would see with the baby held in arms. In any carrier, a good test of whether it is correctly positioned is to bring one's arms up around the baby in the carrier as though it weren't there. If there is significant movement, then the carrier needs to be adjusted so that they mimic an in-arms position as much as possible.

It should be clear by now that "bag sling" style carriers (those with a hard bottom, and curved and elasticized tops) are never a good choice for carrying a newborn. The flat bottom tends to allow the infant to roll towards the parent (and this occurs even with an internal harness), creating a risk of suffocation, while the shape of the carrier forces the infant's head onto his chest. In addition, the closed top keeps the baby from being seen, so that if hypoxia does occur, the parent misses the signs, often until it's too late, and because the baby is so deep in the carrier, he is also at an increased risk of rebreathing carbon dioxide. The "bag sling" is really a perfect storm of hypoxia causes, and it should come as no surprise that the majority of "sling" deaths have occurred in this style of carrier.

Other safety considerations in baby carriers:

Any item that is made of fabric and that is used regularly is going to wear out some day, whether it's a favorite toy, blankie, cloth diaper, or carrier. This is also true of cloth baby carriers; there is no magic in a fabric when it's made into a carrier that keeps it from wearing out with use. All fabrics take a beating when they are weight-bearing, and when they are washed and dried repeatedly, the fibers will start to break down with time. For thick and sturdy fabrics, this may take years of heavy use, but for fabrics that are appropriate for slings and wraps, it make take less time, because the fiber threads tend to be thinner.

When using a sling, whether it's brand-new or a hand-me-down, please be sure to look over the entire length on a regular basis (such as after it's been washed and dried, or before you thread or put it on) to check for weak spots in the fabric. This would include areas where the fabric is pilly, where the surface appears fuzzy, or where you can see broken threads in the weave. Any carrier that has holes in it should be used with extreme caution, or preferably not at all, since a hole can easily develop into a full-blown tear with stress (such as when the sling is adjusted through the rings, or when a wrap is tightened). A well-loved carrier often has a lot of sentimental value, but it's better to use it for a blanket or child's lovie than to continue using it as a carrier after it shows signs of wear.

It is not my intention in sharing this information to terrify parents. We do have enough to worry about as it is. However, the media often seems very quick to jump on baby slings as the hazard of the week, while ignoring the very real hazards of leaving infants in their car seats and other such devices. The studies on infant car seats and hypoxia (below) all come to the same conclusion: leave the car seat in the car. While manufacturers have made it easier than ever to go through a whole day with the baby in the car seat (including travel systems and snap-on stroller bases), they are not doing so based on the available research (and why should they, when it would hurt their bottom line?).

A little fear can be healthy at times. If worrying about a baby's breathing makes the caregiver check him more often when he's in some kind of baby holding device, that's much better than just assuming he's safe and not checking frequently. Infants are on the whole remarkably resiliant (there are nearly seven billion of us on the planet, after all), but physiologically, we were not made to lie in plastic containers all day. Human infants thrive on touch, motion, and closeness with their caregivers, and it would be misleading to say that being held is "beneficial" to babies and their caregivers: it is simply what we are wired to do, and anything else is actually detrimental. A good baby carrier allows caregivers to fulfill their babies' needs and still go about their daily tasks with ease, and that is the real benefit.

This article would not have been possible without M'Liss Stelzer, RN, who brought these issues to the attention of the babywearing world way back in 2006. Her presentation at the 2010 International Babywearing Conference was excellent, and I hope to see it online soon. Until then, I wanted to make sure the information was out there in some form, and she inspired me to write this and see how widely it can be disseminated.

This piece is also available as a printable PDF.

The Effect of Chronic or Intermittent Hypoxia on Cognition in Childhood: A Review of the Evidence

Never let babies sleep in seats out of car - researchers

Use of Seating Devices in Infants Too Young to Sit